Team TaylorMade produced some unreal theatrics down the stretch at the BMW Championship in Chicago. Prior to the final round, Olympia Fields was besting the field with major championship-like conditions, including firm and fast greens, luscious rough and narrow fairways.

Earlier in the summer, Jon Rahm proved his ability to play tough golf courses when he won at Muirfeild Village and became World No. 1 for the time of his career. This time around, Rahm would need to beat the course and beat currently World No. 1 – follower Team TaylorMader, Dustin Johnson – to claim the victory.

DJ entered the day atop the leaderboard and four shots ahead before Rahm came roaring from behind in thrilling fashion. Ultimately, he posted a final-round 64 (the lowest score of the week) to complete his massive turnaround. Rahm’s score for the first 38 holes: 6-over. For the closing 34, he went 10-under. 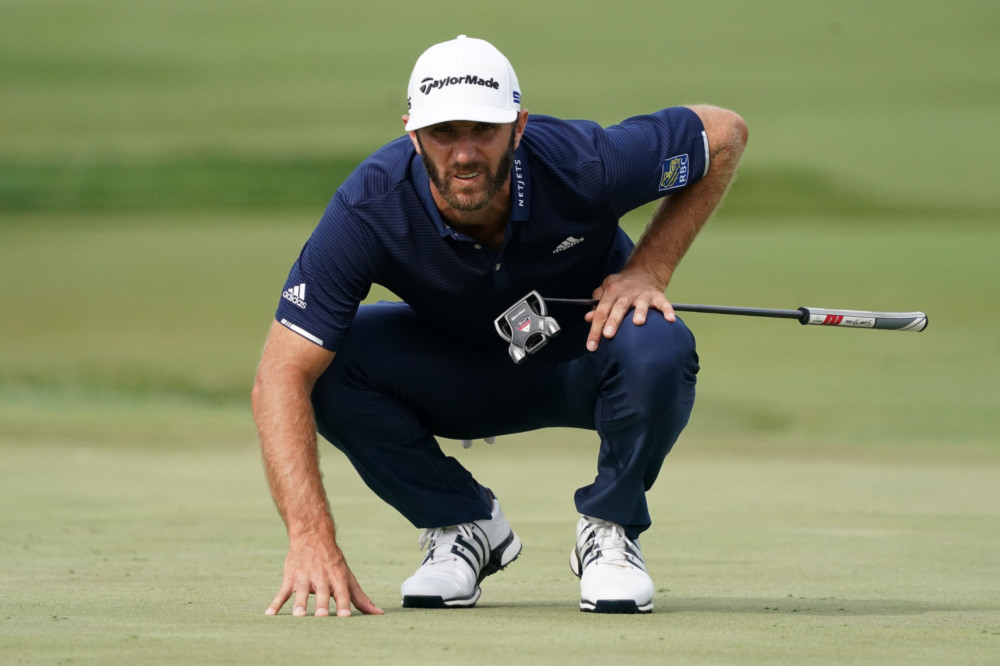 Dustin Johnson made a sidewinding putt on the 72nd hole to force a playoff.

DJ began the day by birdieing 3 of the first 4 holes, and it seemed like we were destined for another week of DJ domination. However, Rahm continued to answer the call of the tree-lined arena – pummeling drives with his SIM driver and rolling in critical putts with Spider X Chalk.

After clawing his way into contention, momentum firmly shifted to Rahm’s direction on the par-5 15th when he took advantage of a good break and converted for birdie. His drive threatened the penalty area down the right side before settling inbounds. He pitched out to the middle of the fairway before launching a 6-iron from the 218 yards, which nestled up to the hole and resulted in the birdie that let him to take the lead.

A 40-foot dagger found the bottom on the cup one hole later and stretched the lead to two. Filled with the juice, a 366-yard down the 18th left him with 132 yards into a tucked flag – en route to a routine par to close out his 72nd hole. But the action was just getting started. 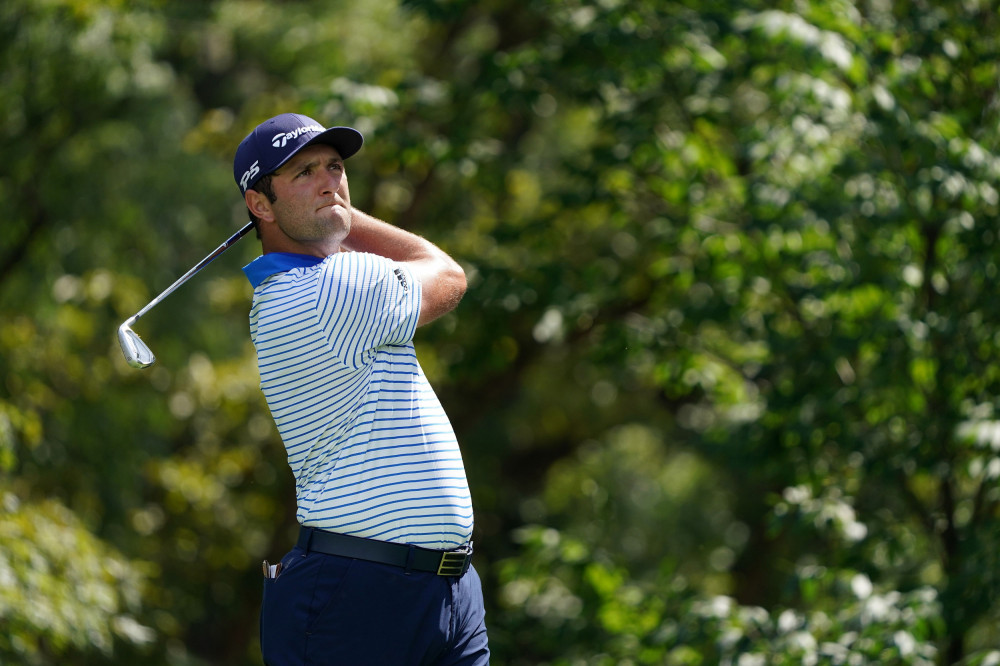 Rahm’s irons have been dialed since the Workday Charity Open, catapulting him to two victories in his last five starts.

Behind him, DJ overpowered the par-5 15th and dropped a simple two-putt birdie. Needing a birdie at 18th to force a playoff, DJ willed in a long sidewinding putt, producing a patron-less roar that caused Rahm to back off a shot on the practice range.

The Team TaylorMade duo made their way to the 18th tee box for a Playoff playoff. They reached the green, each facing unlikely birdie attempts. First to go, Rahm corkscrewed a 66-footer with his Spider X Chalk that tracked to the hole with laser-like precision. As it landed in the cup, Rahm unleashed a powerful fist pump reminiscent of his first career win at Torrey Pines. Victory was sealed when DJ’s putt came up a few revolutions short. 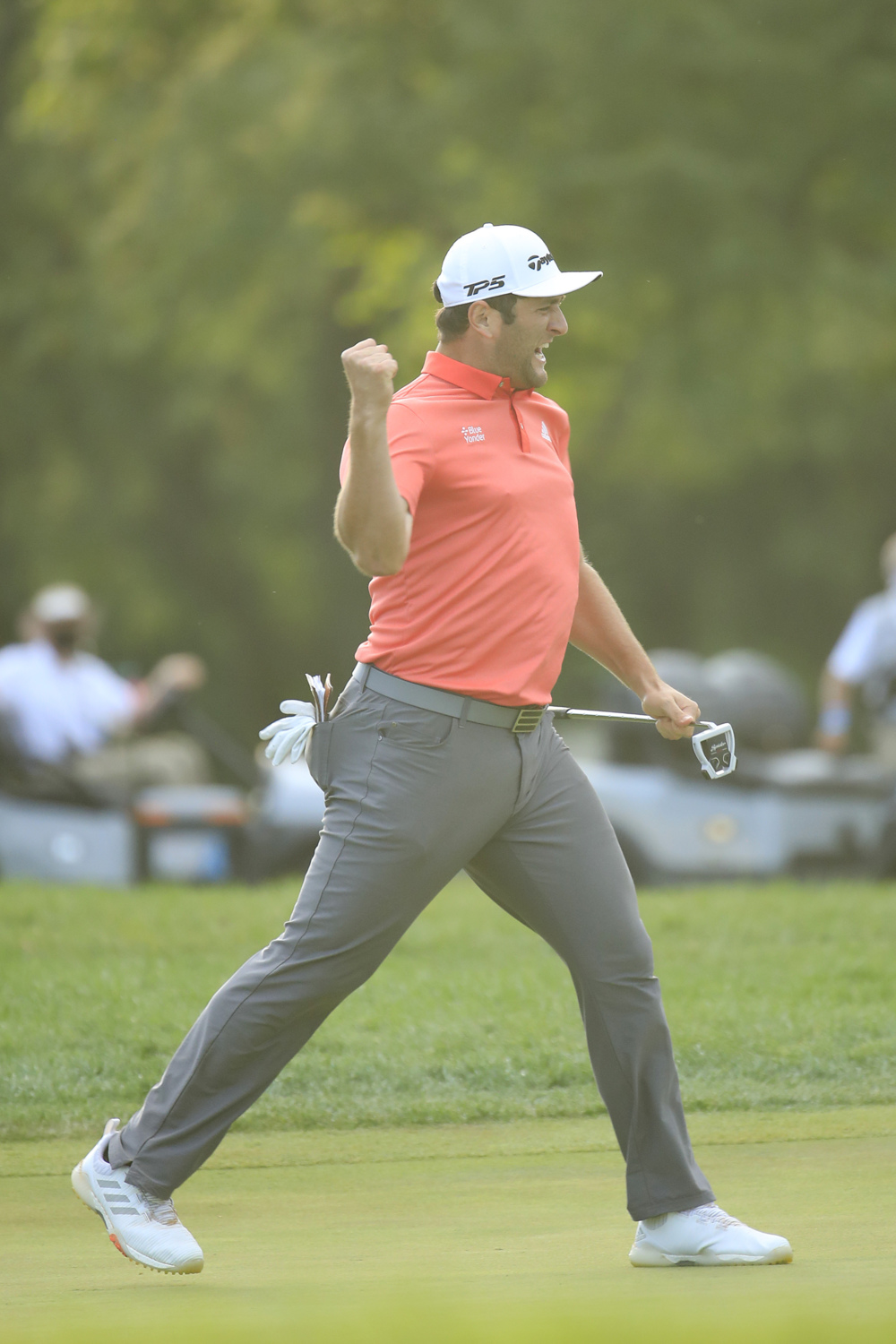 The reaction of a champion.

Rahm’s equipment has been dialed in since the Workday Charity Open earlier this season, where our TOUR team worked extensively to adjust the lofts on his irons. Sitting down to review the analytics, our team realized that Jon developed a tendency to miss long – particularly when coming out of the rough. TrackMan and GC Quad data revealed that Jon’s spin rates were slightly lower than normal, which contributed to the long miss. The change was largely due to the increased strength Jon built during the downtime.

“Following our session and testing the adjusted lofts, Jon had so much confidence in his iron play. He was shaping the ball both ways and controlling the trajectory due to the increase in spin. He was in full control.”

Armed with this info, the choice was made to add loft to each iron by 1° and in some cases 1.5°. While that number may seem small, the results were huge. The weakened lofts added a touch more spin and helps Jon to better to hold the greens – which was much needed on the firm and fast conditions of Olympia Fields.

This is the second win in his last five starts, and his 5th overall on the PGA TOUR (11th worldwide). It accounts for the 5th win by a Team TaylorMade athlete since the restart. Rahm climbs to No. 2 in the FedEx Cup standings as we move into the Tour Championship at Eastlake. In the new format, Rahm will tee off in Atlanta already at 8-under-par and 2-shots behind DJ. Joining them inside the top 30 are Team TaylorMade compadres Rory McIlroy and Collin Morikawa.